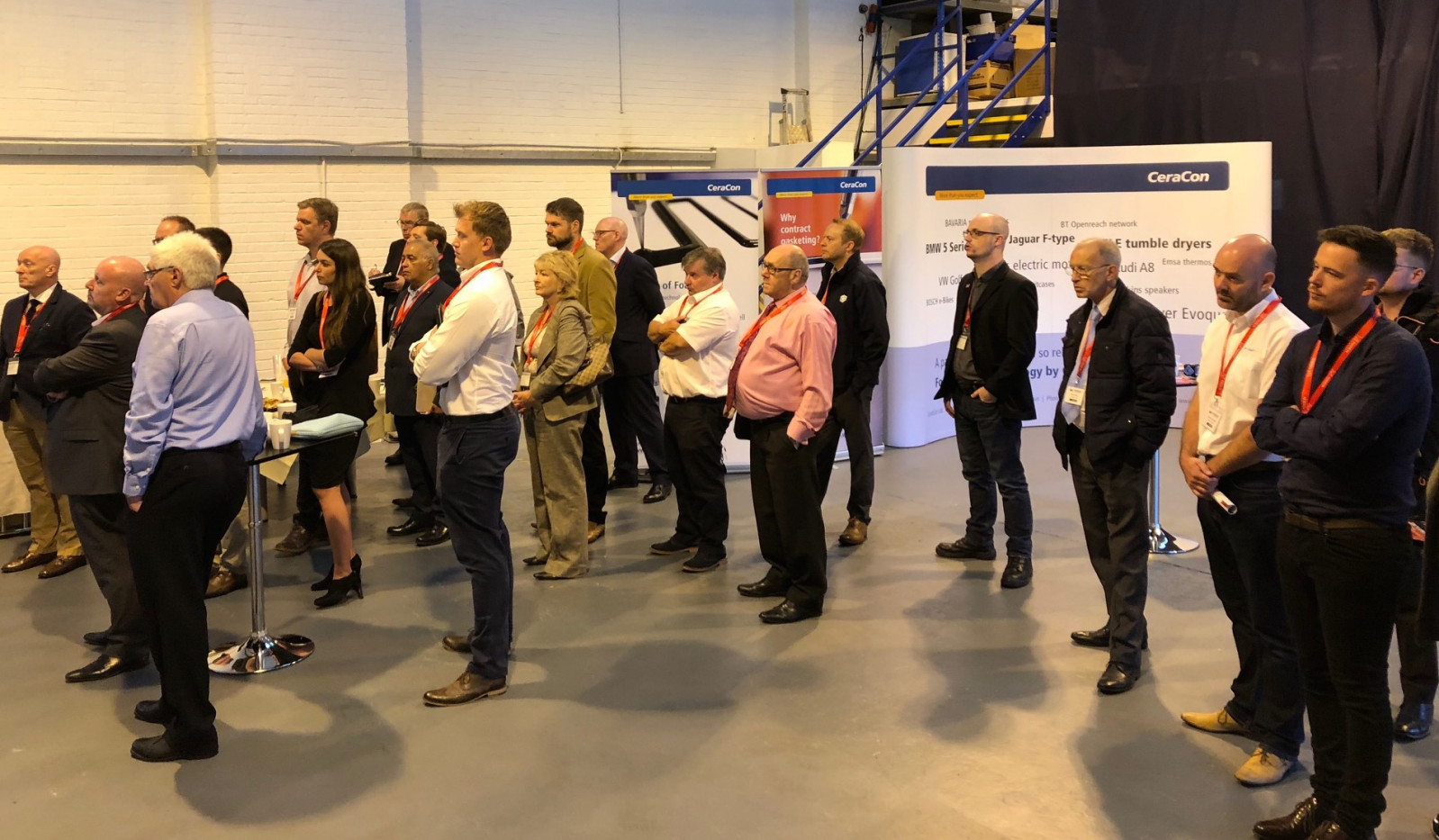 Foam gasket and sealing specialist, CeraCon outlined its growth plans when it staged the latest Made in the Midlands breakfast networking event at its base in Leamington Spa.

The company, which works across a variety of sectors including automotive, telecoms, white goods, marine and others, hosted the event in a new warehouse unit it has acquired in order to meet demand for current orders.

The company, which counts Jaguar Land Rover and BMW amongst its customers, took up residence in its current unit on the Sydenham Industrial Estate in 2013 to capitalise on growth opportunities from its German parent company.

During the past five years, the production facility has expanded rapidly, prompting the need for more space.

The company has benefited from the efficient use of robots and specialised jigs, helping to improve the overall production process. It can now facilitate high volume orders as well as prototypes and bespoke contracts.

CeraCon Managing Director Rob Jones told members attending the event that the company had had to move fast when it learned a unit across the road from its existing plant had become available.

The new space will be used to store incoming and finished goods in order to free up space within the existing unit, where new production cells are already being planned.

Members attending the event were given a presentation on the work of the company and then invited to tour the production facilities, where they saw parts being sealed for customers in the automotive and marine sectors, while a special order was being completed sealing units for new street lighting.

“We have been very busy over the past year fulfilling orders for our existing clients and fielding enquiries from new companies,” said Mr Jones.

“It’s no wonder we needed the additional space. If it carries on like this then the new warehouse will be full up in no time.

“I suppose we’re lucky in that we’ve seen no decline in business, if anything, we’re busier than ever.”